From our production and research plant in Clonmel, Ireland, we supply a wide range of MDF (medium density fibreboard) products to meet the diverse needs of users, specifiers and designers across Europe and beyond. Our extensive range includes ten different families of MDF products and many variants, with over 400 possible specifications from a production capacity of some 410,000 m3.

Through consistent commitment to research, development and ongoing investment in technology, we have established MEDITE as the leading brand in the MDF market by introducing a wide variety of quality products and customer led innovations. Our technological innovations have led the greater market to advances in areas such as finish quality, moisture resistance, flame retardancy and many more MDF attributes.

Inside the MEDITE factory:

By many, formaldehyde has been deemed an unhealthy feature of composite boards. Europe had led the way on formaldehyde reduction with E1 and E2 standards, but customers demanded more. This demand resulted in the imposition of stricter standards on the MDF and chipboard producers in the form of CARB2.

CARB 2 is a certification process instituted by the Californian Air Resources Board (CARB) to reduce formaldehyde emissions and protect the public form airbourne toxic contaminants. This is the reason CARB have become known as the ‘clean air agency’. This stringent legislation is emerging as the standard in the marketplace, to which all credible manufacturers should comply.

MEDITE has long been at the forefront of ‘low formaldehyde' innovation in Europe.

Following a €15 million investment in new technology and equipment to improve MDF production facilities and refiner capabilities at our plant in Clonmel, Ireland, as well as meeting the E1 European standard, from January 2010 all MEDITE products have been tested and approved as being fully CARB2 compliant. They also carry the relevant identification associated with this rigorous standard. As a result of our on-going commitment to produce products which comply with a range of international standards, we are continuing in our objective to make the sustainable and responsible choice easier for our customers.

MEDITE is a pioneer of low formaldehyde emission panels. This experience and focus has led to the development of products such as ‘MEDITE CLEAR', a specialist zero-added formaldehyde product which, since its introduction, has been widely specified for environmentally sensitive interior applications such as museums, laboratories, art galleries and schools.v 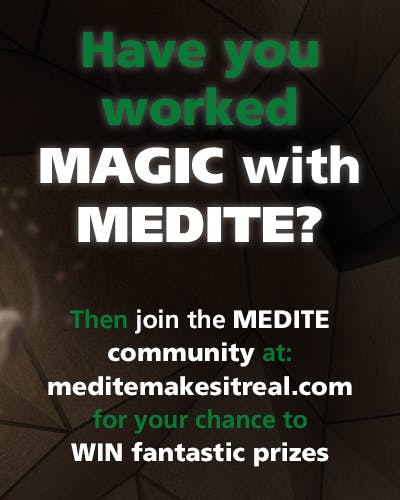