Back to Our Sustainable Products

As the realities of climate change are taking effect, the construction industry is realising that it is responsible for much of the planet’s human-made greenhouse gases. Some of these emissions come from a building’s operational phase, which has been well-known for a long time. However, there is another link between construction and climate change that hasn’t been part of the sustainability conversation until recently, and that is embodied carbon.

What is embodied carbon?

Embodied carbon, also referred to as ‘embodied emissions’, is the carbon footprint that comes from procuring, mining, harvesting, transporting and manufacturing building materials as well as maintaining, replacing and removing and disposing at the end of their life.

What is the solution?

Since the embodied carbon of buildings contributes significantly to construction’s carbon footprint, the construction industry should avoid demolition and re-building over reusing existing building stock.

However, where reuse is not possible the two goals are to reduce the quantity of construction materials used, and to substitute building materials with lower carbon alternative materials.

To achieve this, developers should pay attention to how much embodied carbon is associated with each material used in its building. This can be done through a Life-cycle Assessment (LCA), during which the cradle-to-gate emissions of a building are measured, allowing an organisation to improve the environmental performance of its building.

Calculating the carbon footprint of buildings will be essential for developers/architects to determine the carbon emissions they must offset to become carbon neutral, and to reduce their embodied carbon footprint, which will help to reduce greenhouse gases emitted globally.

Timber products have the lowest embodied carbon of any mainstream building material. However, rather than being gradually released into the atmosphere, CO2 stays locked in with MEDITE SMARTPLY panels – from the point of seeds being planted in our sustainably managed forests, through to the manufacture of the panel and throughout their lifespan.

An example of this is timber frame, which is a natural, renewable, low-carbon material. Buildings constructed from structural timber frame are more environmentally friendly than brick & block not only when considering the build phase but also throughout the whole lifetime of the building. 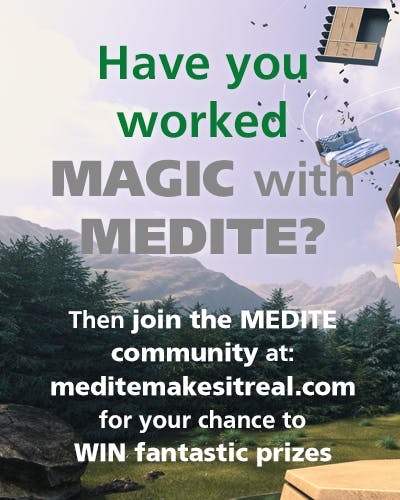